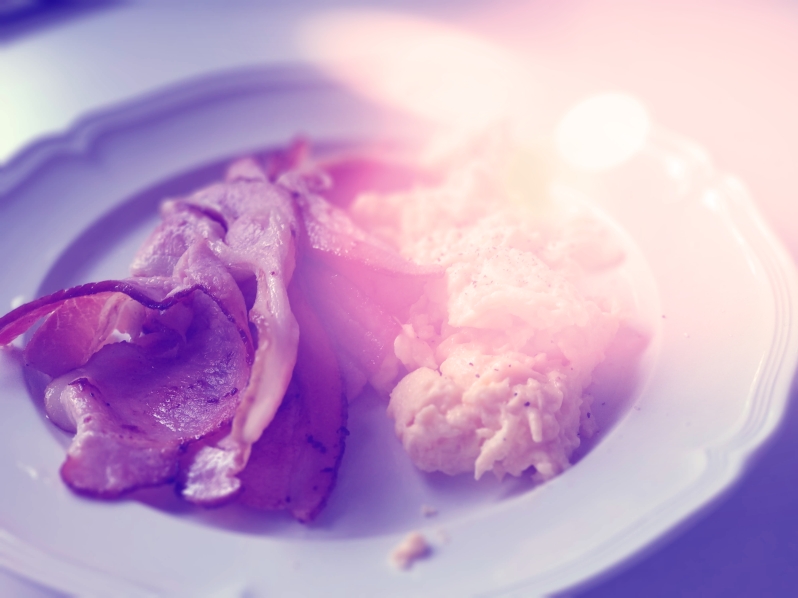 So, we’re a month into this new way of eating. And it’s been good. Both lost a few kg, sticking to it really isn’t too hard, despite the occasional temptation that hits out of the blue.

But we haven’t had massive weight loss, or dropped five clothes sizes, etc. We don’t have the benefits of fat adaptation yet, so every so often we get energy depleted, and so on.

And you know what? That’s perfectly OK.

We are only four weeks in. It’s extremely unlikely that we’re fat-adapted yet, so our bodies are still learning to use fat as a fuel. As a result, we’re feeding it plenty of fat exogenously (i.e. eating it) rather than having it burn off our fat stores.

And I’ve been bad – my wife went away for nearly a week, and I simply wasn’t hungry (and was depressed, although not to the usual level) and so I basically IF’d [Intermittent Fasting] every day and only ate dinner. Not a great way to retrain a body. (She, OTOH, did great despite being around 20-somethings who were eating anything they wanted.)

But – there have still been some decent positives.

Anecdotal evidence, for sure. But believe me, I’ll take it. And because everyone is different, that’s the kind of evidence you’re going to see around the place.

YES, EVERYONE IS DIFFERENT. Remember this when you see the “I lost 30kg in the first month!” and similar posts on reddit, forums, Facebook, etc.. That’s great for them, but their journey is not your journey. Take from it the fact that it’s a process that works for most, don’t take it as some sort of marker that you haven’t achieved and therefore you’re failing.

If you’re doing things right (weighing/recording food rather than guessing, etc.) then it’ll come. It just takes time. (If it doesn’t happen over a decent length of time, then you should be looking into why/changes.)

And I don’t WANT to lose a huge amount of weight in a hurry anyway. Slow and steady will do me (and my doctor).

Slow and steady is difficult for me, bigly – I’ve got depression and ADHD (just diagnosed at 55, seriously). I’ve also got significant constant headaches from a somewhat-buggered neck (motorbike accident) and CFS (undiagnosed glandular fever at uni that I “worked through” i.e. exacerbated greatly). The ADHD makes me want to both do this thing NOW! and also lose interest and wander off, basically simultaneously, while the depression means I don’t much care if I’m a fat bastard who dies early. Such is life, right?

Here’s my weight chart from Cronometer (which I highly recommend for food tracking) since I started keto. 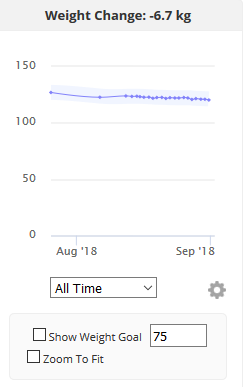 This is awesome for me. I have lost weight before, but it’s always come back and I felt like crap while losing it. Then in 2015 I put on a heap of weight while we tried SSRI and SNRI anti-depressants. Now, I’ve changed how I eat, and I don’t feel like crap, and that line is trending down nicely.

I’ve written this (over a week!) to give myself some clarity about my first month, but maybe it can help someone else as well.